To meet the needs of the campus community, Cecil College was looking to expand and renovate their existing physical education building. These building renovations required extensive site planning on both the east and west facades. In addition, as a commuter-based campus, increased parking needs also needed to be met.

In the new scenario, the eastern entry becomes the main vehicular drop off point and also provides access to a renovated soccer field which is circumscribed with a four-lane fitness walking track.

The existing tennis courts were reused for parking adjacent to the building therefore a new tennis facility was needed. A new 6-court facility is planned in this same area of campus.

Finally, on the western facade, a new plaza is planned as a central, unifying campus space. This new plaza creates logical locations for future construction but also relates to the existing buildings on campus.

An added element of interest exists in the plaza due to the 30′ of grade change on the site. Steps and seat walls help make maximum use of the grade change creating a variety of student gathering spaces, adding visual interest to the plaza while maintaining accessible entrances to the building. 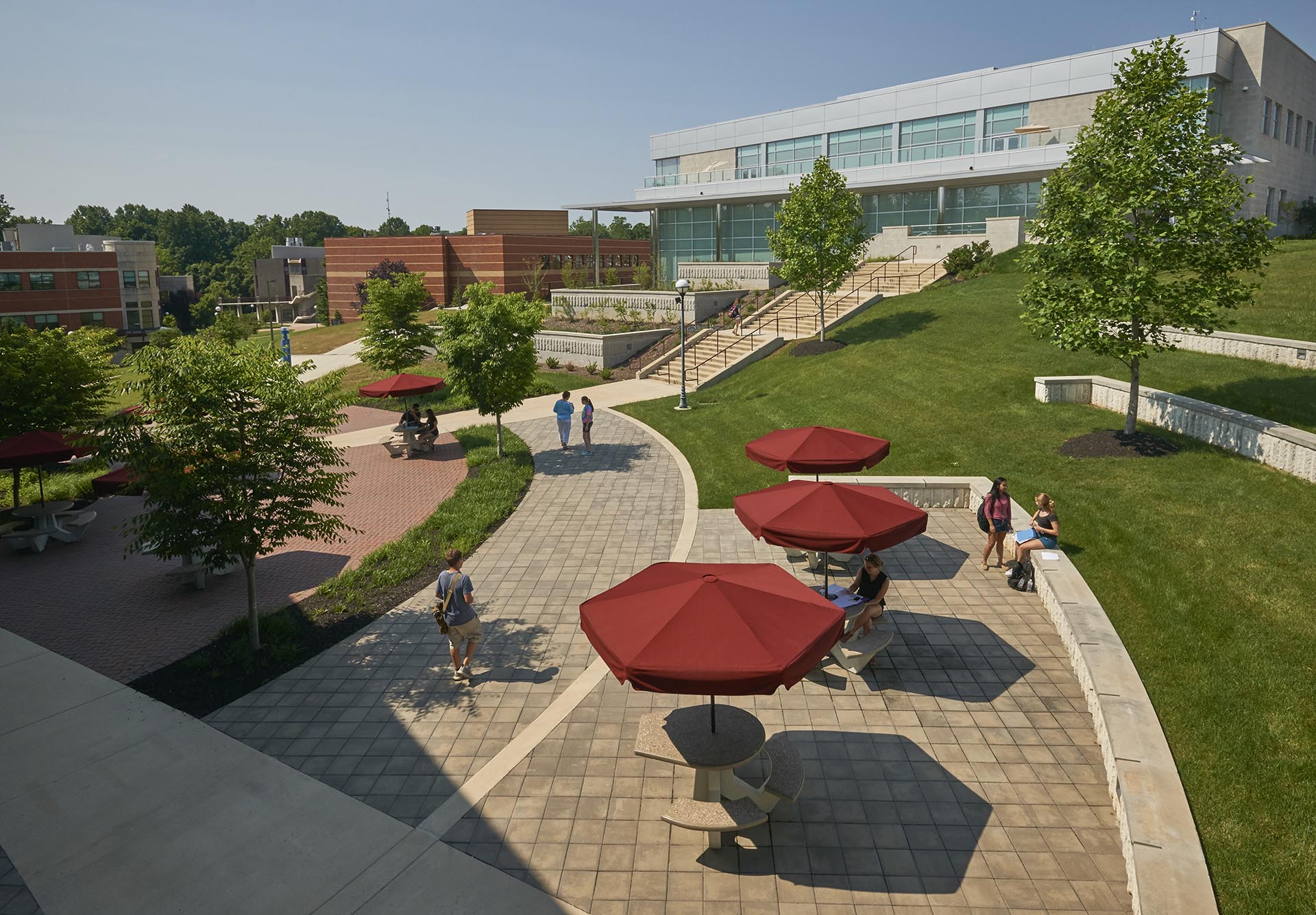 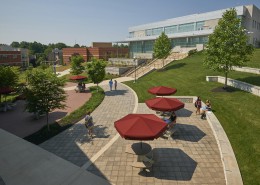 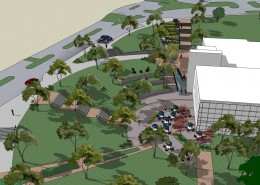 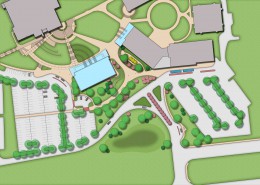 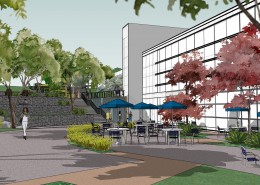 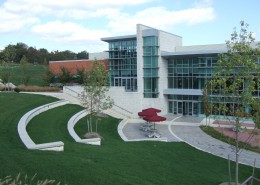 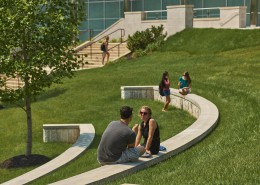 This site uses cookies. By continuing to browse the site, you are agreeing to our use of cookies.

We may request cookies to be set on your device. We use cookies to let us know when you visit our websites, how you interact with us, to enrich your user experience, and to customize your relationship with our website.

Click on the different category headings to find out more. You can also change some of your preferences. Note that blocking some types of cookies may impact your experience on our websites and the services we are able to offer.

These cookies are strictly necessary to provide you with services available through our website and to use some of its features.

Because these cookies are strictly necessary to deliver the website, refuseing them will have impact how our site functions. You always can block or delete cookies by changing your browser settings and force blocking all cookies on this website. But this will always prompt you to accept/refuse cookies when revisiting our site.

We fully respect if you want to refuse cookies but to avoid asking you again and again kindly allow us to store a cookie for that. You are free to opt out any time or opt in for other cookies to get a better experience. If you refuse cookies we will remove all set cookies in our domain.

We provide you with a list of stored cookies on your computer in our domain so you can check what we stored. Due to security reasons we are not able to show or modify cookies from other domains. You can check these in your browser security settings.

These cookies collect information that is used either in aggregate form to help us understand how our website is being used or how effective our marketing campaigns are, or to help us customize our website and application for you in order to enhance your experience.

If you do not want that we track your visit to our site you can disable tracking in your browser here:

We also use different external services like Google Webfonts, Google Maps, and external Video providers. Since these providers may collect personal data like your IP address we allow you to block them here. Please be aware that this might heavily reduce the functionality and appearance of our site. Changes will take effect once you reload the page.

The following cookies are also needed - You can choose if you want to allow them: